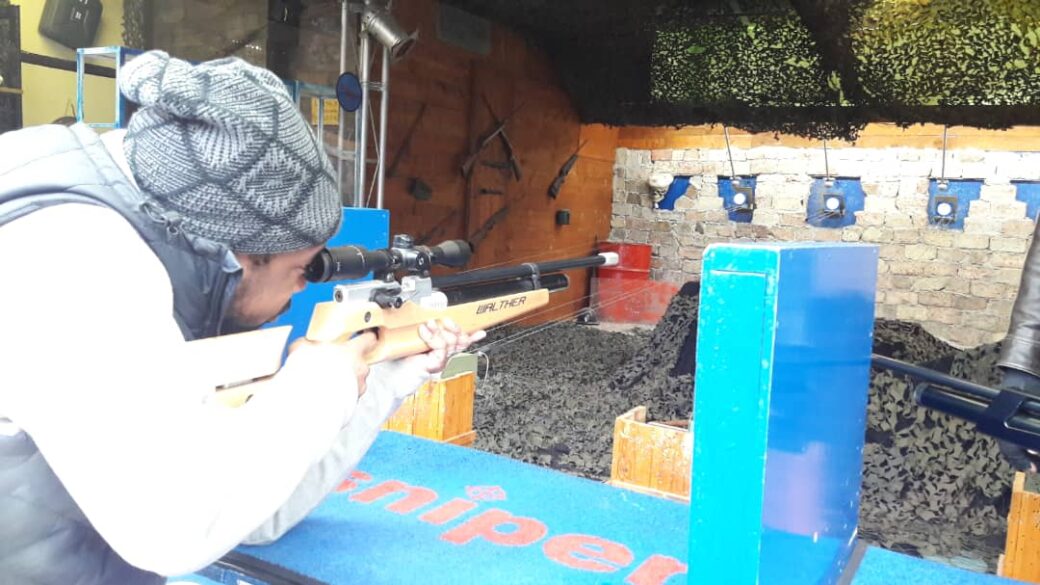 In a devastating revelation sure to cause shockwaves in Zimbabwean political and diplomatic circles, pictures have emerged of a well-known anti-government blogger undergoing weapons training in Europe.

Joe Ruzvidzo is renowned for his dislike of the ruling ZANU-PF party, and the leaked pictures confirm that the European Union is identifying and training activists to overthrow the legitimately elected government of the sovereign Republic of Zimbabwe.

The Western-sponsored tutelage in various arms of war is being conducted at a training camp on the outskirts of Vienna in Austria. The secret camp is cunningly disguised as an amusement park.

The surveillance pictures we obtained prove that the West is indeed training dissidents to overthrow the legitimate government, dealing further blows to the credibility of the EU and their opposition lackeys.

Contacted for comment, the incriminated blogger, who is known to spew profanities on social media that are not suitable for reproduction in a family publication, resorted to crass obscenities, telling this reporter to “get fucked.”

While the suspect was recently spotted in the company of a well-known counter-revolutionary agent code-named Comrade Fatso, state security agents have expressed alarm at the extent to which Western-sponsored regime change machinations have progressed.

The training not only covers arms, but seems to also include advanced driving courses using the tactical designation “bumper cars.” The camp also features propaganda praising prominent British historical figures like “Jack the Ripper,” revealing the hidden hand behind Zimbabwe’s economic and political sabotage at the hands of Western-sponsored neo-imperialist running dogs.

Further analysis of the footage also suggests that the EU is training the Zimbabwean opposition in the use of giant spinning contraptions, developed for the sole purpose of manipulating weather patterns and exacerbating the effects of climate change and droughts in African countries. These “Ferris wheels” are designed to inflict damage whilst appearing innocuous and fun.

We have acquired leaked video footage from the top-secret Austrian training camp. Sources say that analysts at the CIO are working overtime to identify the other individuals in the video.

We have acquired some leaked video footage from the top secret Austrian training camp.

Sources say that analysts at the CIO are working overtime to identify the other individuals in the video. pic.twitter.com/q19Ui40ANi

Investigations are ongoing, and we understand that state intelligence operatives are keen to interview the man. The police have also issued a call for information from members of the public.

State agents are also asking for any information leading to the apprehension of what are believed to be three accomplices also shown in the pictures, one of whom may be masquerading as the chief suspect’s wife.